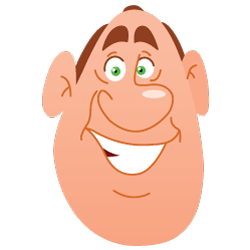 On December 20, 2014, Dr. Per-Ingvar Branemark, the surgeon responsible for the modern titanium implant, passed away. His work contributed greatly to bone-grafted implants in all fields of medicine, but it is especially important to dentistry, as the titanium implant has created a beneficial solution to lost teeth that not only allows patients to chew and talk properly, but also prevents long-term bone and gum loss in the jaw. Still, 64 years after Dr. Branemark's initial discovery of titanium implants, only 2% of the population missing teeth are opting to get dental implants.

Early Testing Has Led to a High Success Rate

Dr. Branemark came across the process of osseointegration, during which metal fuses with bone, while studying blood flow and healing in rabbits in 1952. He then had several years of testing and rejected grant applications. He continued to develop his implants, but instead of focusing on dental implants, he actually developed implants for severe accidents that required internal hearing aids. 30 years later, his process became widely accepted and implant supported dentures became commercially available.

Now, dental implants have a long-term success rate of 95%, making it highly likely that an implant will be the last dental procedure you will need for a particular tooth. Compared to traditional dentures, which may have to be replaced as soon as five years after they are fitted due to shrinking gums, it is a wonder why more people aren't choosing implants.

Dr. Branemark preferred to call his titanium implants, "fixtures," rather than implants. This is because implants had a reputation for causing more harm to a patient rather than fixing the problem. This may be why it took 30 years of dedication before Dr. Branemark's methods became accepted by the medical industry. However, by 2002, 75% of oral surgeons were successfully placing implants, and by 2003, 9% of general dentists were trained and actively using the procedure.

Still, getting the medical industry to accept the benefits of dental implants was only half the battle. Now, it is time to educate consumers about the safety and availability of dental implants. At the moment, there are many reasons why an individual may fail to even consider implants, including a fear of surgery and a lack of information about the procedure. However, the most common reason people may not be getting implants, is probably the high cost.

Dentures and bridges are known to cost significantly less than dental implants. However, there is a wide range of prices for both traditional dentures ($2,000-$18,000) and implant dentures ($7,000-$90,000) based on the current state of your mouth, so it is worth inquiring about if you need to have a missing tooth replaced.

What holds most people back from getting implants is that they are often poorly covered by insurance. Most insurances cover $1,500 of implant costs, and this amount has not change over the past 40 years. Besides petitioning for a modernized approach to dental coverage from insurance companies, you may have to look into alternative payment methods for your implants. This can include getting them done at a dental school, working out a discount with your dentist, or setting up a long-term payment plan with your dental office.

The world of implant dentistry from sites like http://www.centennialdentalcenter.com has made great strides over the past 30 years, and it would not be were it is now with out the foundational work of Dr. Branemark. However, it is time for more patients to understand the basics of implant dentistry, more dentists to be trained in these techniques, and more insurance companies to cover implant dentures.